In 2007 I committed a felony that resulted in my incarceration and the requirement to register each year with the Oregon State Police.

I received an 18-month sentence and 5 years probation. I served 12 months before being released with “good time” and truly believed that I was a different person who would never again end up in prison.

However, I found myself severely unprepared for life under supervision. What ended my probation was what my probation officer termed “a lie by omission.” The officer claimed that if I had only come to him admitting my strong temptation toward pornography, he would have worked with me and helped me steer clear of that constant stumbling block. 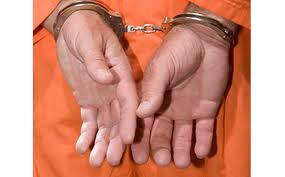 Part of me was relieved — at least in prison I had no probation officer to report to. However, because my particular felony attracted great animosity by a majority of the prison population, I was concerned that my second incarceration would be extremely difficult.

Since my probation came with a 5-year “downward departure” stipulation, this imprisonment would not be a short stretch like my first one. I could accumulate good time, but would still be looking at a minimum of 3 ½ years. For someone who had never done any time other than the previous 12-month term, several years seemed like an eternity.

The prison I was housed in had recently started a Celebrate Recovery Inside meeting.  I heard nothing but praise for this program from the Chaplain.  So I decided to check it out, although I felt intimidated by the CRI Meeting Leader. I had been incarcerated for a little over 3 of the 3 ½ years and had been threatened by others more than once. The inmates who threatened me believed their crimes to be somehow “better” or “less worthy” of punishment.

Downward departure is a term used in criminal law to refer to departing downward from the applicable sentencing guideline range for a statutory minimum sentence. A request for downward departure is typically made by motion and is often referred to as a downward motion. Downward Departure Law and Legal Definition | USLegal, Inc. https://definitions.uslegal.com/d/downward-departure/

So, knowing that The CR Meeting Leader was a former prisoner,  I expected that he was yet another person who would judge me as not worthy of redemption. Against this unreasonable fear, I decided to trust God and met privately with the Meeting Leader to explain my situation to him. What I received was nothing less than one man’s true love and acceptance of what he saw as another brother in Christ. It is because of his expression of God’s love that I was brave enough to get involved in Celebrate Recovery after my release.

I am now graduating from a 12-step course and looking forward to being a TEAM member at my home Celebrate Recovery. It is my hope that at some point I can return to the prison system as part of a Celebrate Recovery Inside ministry so that I can “be the hope” to others like that CRI Meeting Leader was for me. He was the first restored link in a broken chain.

(Names, places, dates and other identifiable information – redacted by the Editor.)

Your thoughts are most welcome: Leave a Reply Cancel reply

This site uses Akismet to reduce spam. Learn how your comment data is processed.